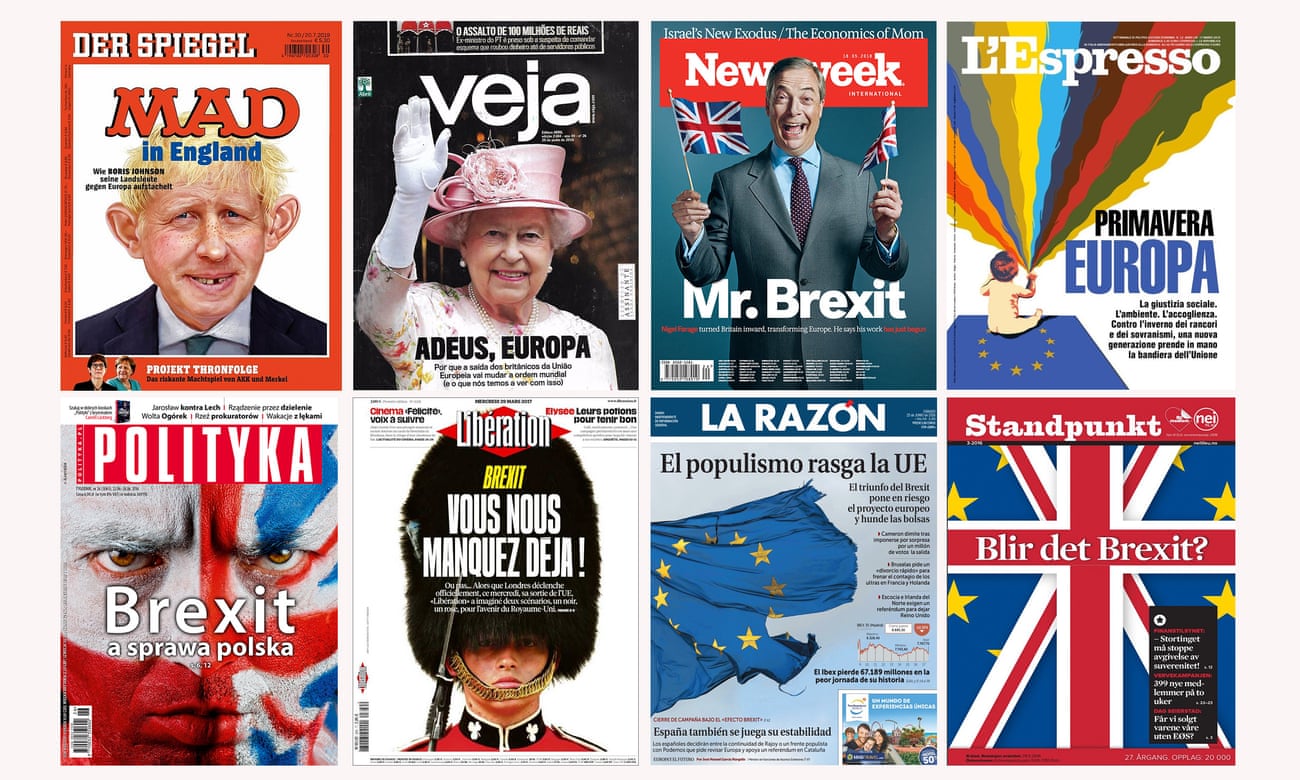 ‘Something resembling hell’: how does the rest of the world view the UK? | Politics | The Guardian

“I learned a lot since then – not just about Britain, but also our blindspots as reporters. I saw parallels to Brexit not just in Donald Trump’s election victory later that year, but also in the rise of Alternative für Deutschland at the 2017 elections in Germany. All three raise questions of social inequality that we have failed to address until now. The problem is that we are still looking for ways to resolve them. People are more disillusioned about politics than ever, and yet we are nowhere nearer to cleaning up the mess.” (Khuê Pham, editor, Zeit magazine)