Reality update: The Secret Base Greenland Base of Project Iceworm – YouTube … :

“The Secret Base Greenland Base of Project Iceworm”

“Many types of motorized transportation were tried on the ice cap. One technique was a train made up of a driving unit that had diesel engines driving two electrical generators. The electrical power was sent to sixteen 40-horsepower electric motors on the wheels of four trailer units. The wheels had tubeless rubber tires 10.5 feet (3.15 m) in diameter. This train could load at Thule Air Base and travel on the road to Camp TUTO and then out onto the ice cap, which was a big advantage over sleds. The train could haul 100,000 pounds (45,000 kg) of supplies up to 15 mph (24 km/hr). Unfortunately, the tires slipped and slid on the ice too much for safety and control, so were abandon for the sled trains.” “Camp Fistclench (Fist Clench) was a U.S. Army research camp on and inside the Greenland Ice Cap 200 miles (320 km) east of Thule Air Base. It was in use from 1957 to 1960. It served to prototype techniques used at the much larger Camp Century.” 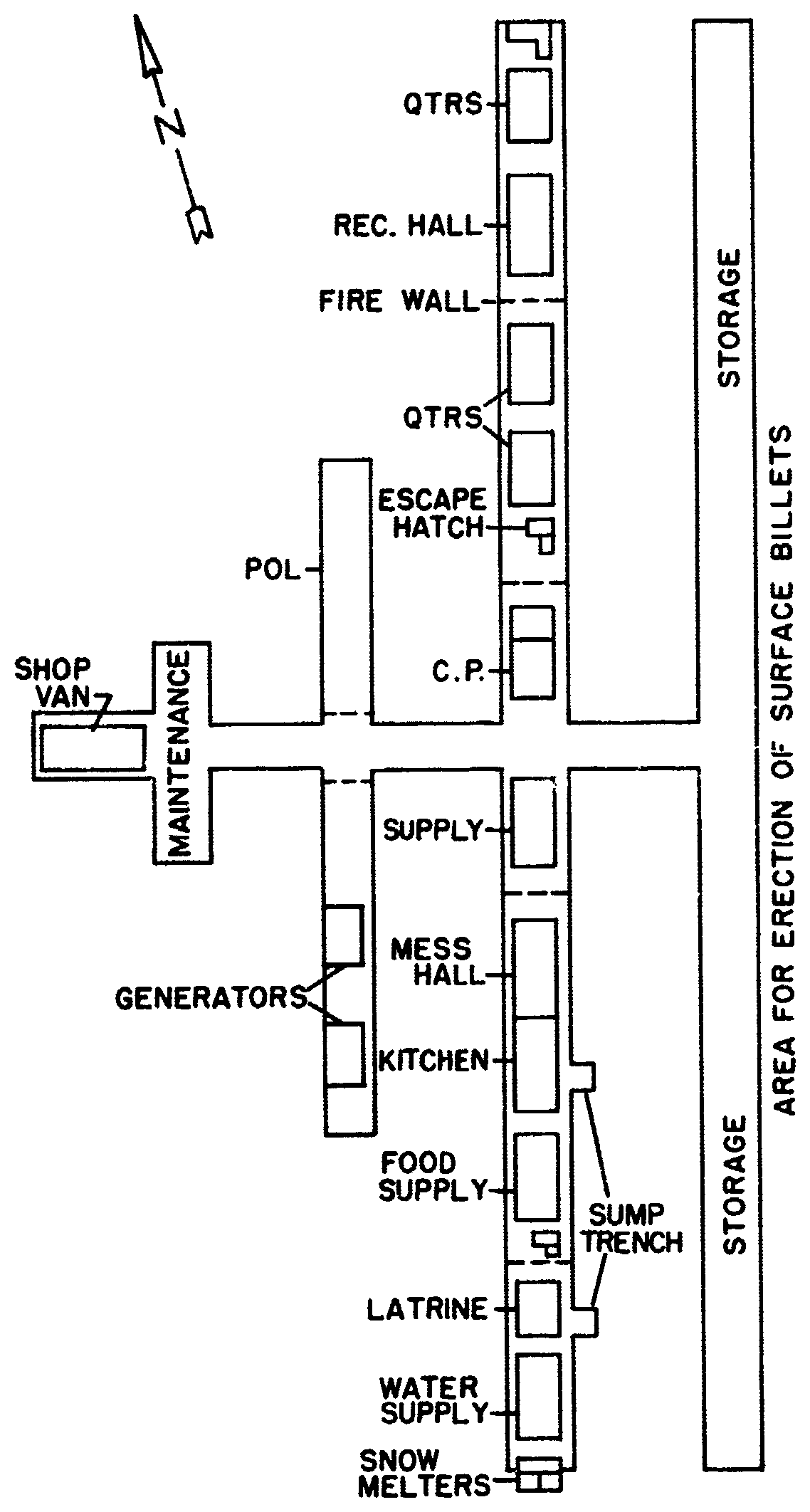 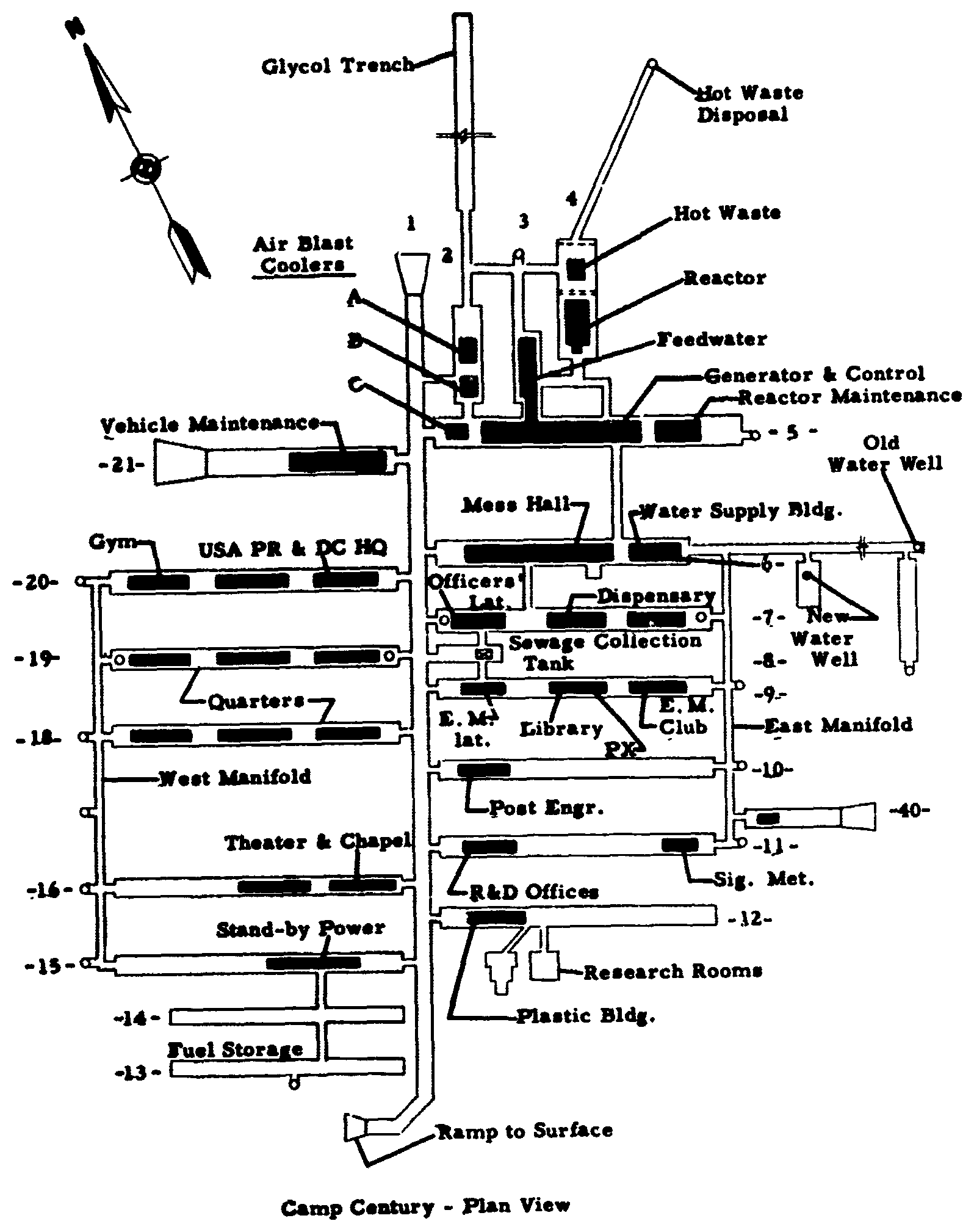