Ok, here’s something about #innovations and the things that surround us in what we call “IoT” and such. Don’t let advertisment fool you, stuff’s been around much longer than you think.

Once products arrive in the main stream, the ideas they combine to a product usually have usually been around for about 30+ years. The time span from innovation / idea to mass sales is not defined by the speed of technology, but by adoption which is a function of the brain of the humans and runs by generations. Nevertheless, the feeling of “everything is getting faster, faster, faster” cannot be disputed. But it is only a feeling.

Xkcd had a nice chart yesterday: 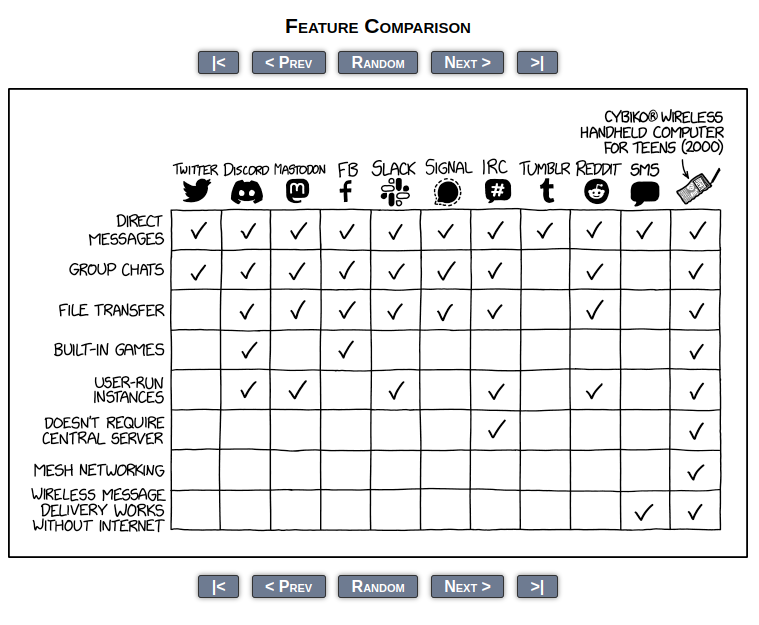 I guess you never heard of the Cybiko? Well, neither had I. Here’s the wikipedia entry: https://en.wikipedia.org/wiki/Cybiko

“The Cybiko, a Russian handheld computer introduced in the United States (…) April 2000,[1][2] and rolled out nationwide in May 2000, (…) designed for teens, (…) featuring its own two-way radio text messaging system” It comes “with over 430 “official” freeware games and applications (…) features a rubber QWERTY keyboard, (…) MP3 player add-on with a SmartMedia card slot (…)” and “can communicate with each other up to a maximum range of 100 meters (330 ft). Several Cybikos can chat with each other in a wireless chatroom. By the end of 2000, the Cybiko Classic sold over 500,000 units.”

Some may remember the Nokia N770, the first real internet tablet, two years before the iPhone connected the dots and made a huge marketing success. 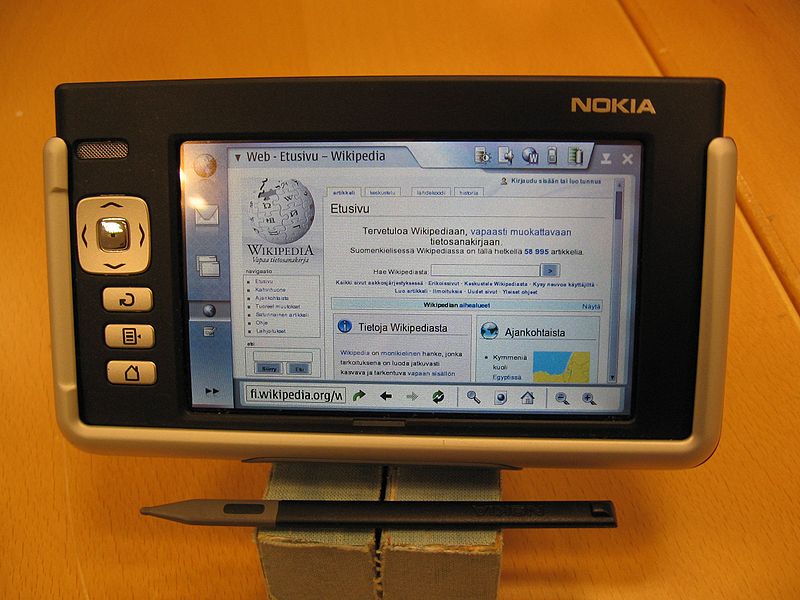 And if you think the “Smart Home” or your “Smart Fridge” are new shit, I am sorry. They root back to the 60ies, improvements came in every decade, but only the internet made some visions possible (which in itself has been around 35+ years now, cellular phone networks even longer.

Kitchen Computers from the 60ies

Even if Wired’s  article title is “Before the iPad, There Was the Honeywell Kitchen Computer” – and even though the article is from 2012, it’s really worth reading. Believe it or not, the idea of networking your kitchen is more than 50 years old – older than most of our readers here, I assume. Don’t believe everything advertisement tells you. Oh, and sorry to link to ads with such misogynist wording – which must have been Ok in the sixties. Thank god we’ve overcome that. 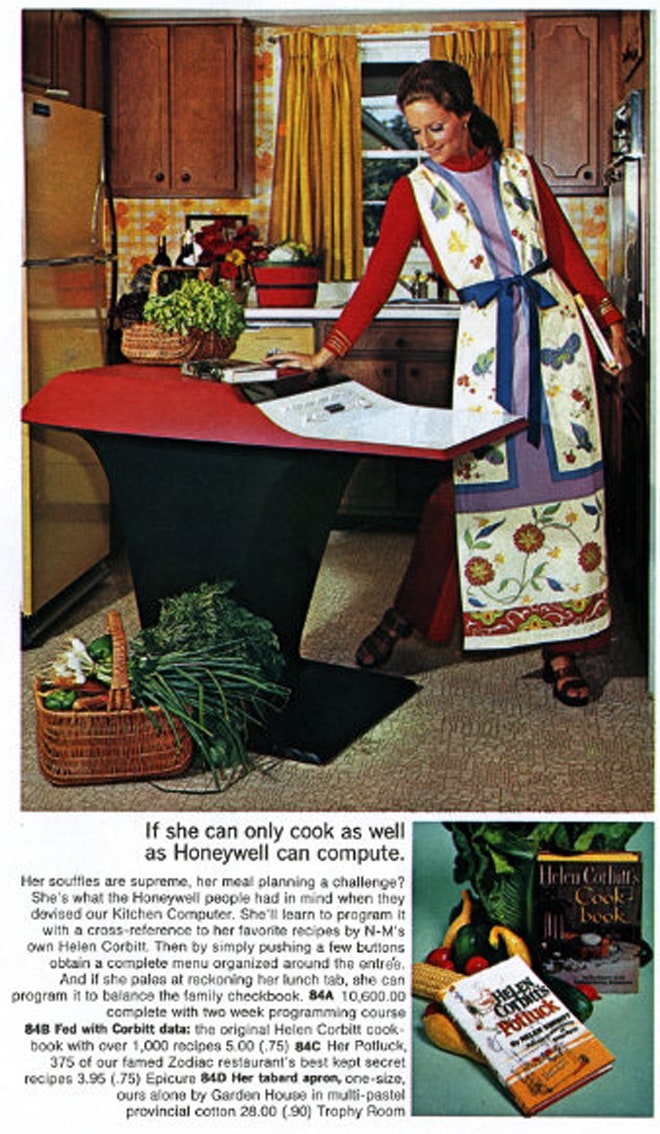 “A year later, Philco-Ford Corporation released A.D. 1999, a short film that portrayed what life would be like at the end of the century. A scene in the kitchen of the future shows a family teleconferencing while mom plans dinner with the help of a flat-screen computer that knows how many calories dad is allowed to have. And after seeing the Neiman Marcus Kitchen Computer, Gordon Bell of Digital Equipment Corporation, a leading company in the minicomputer industry, sent out a congeries on the computer-in-the-home market in which he called the trend “inevitable.” And he was right.”

Hehehe and what does this remind me of?

“The dedicated kitchen computer never quite happened. Since the Honeywell, there have been several attempts to revive the idea, like Electrolux’s Screenfridge and the HP Touch Smart, but none have really caught on. “In a way, the technology is in search of a problem,” said Spicer. “There is just this persistent meme of having computers in the kitchen, and somehow that’s going to create more leisure time.””