Another one from my research… awesome work: The Mobile Developers Guide to the Galaxy | (now powered by Open-Xchange)

While I am writing on an article on COI (Chat over Imap), OpenXchange’s latest hot new stuff, I found a wonderful Wikipedia page: (German) Wikipedia has a great article about messenger services like Whatsapp, Threema, Signal and such. Although the article called “list of mobile instant messenger services” seems to be available only in German, its content is great. Here’s the huge table on functions that might explain why I like to stick with Snowden’s recommendation, Signal.:

By now, I am pretty sure COI will shake this chat world, the concept of using standard mail, mail servers and such as a basis looks very promising against the silos run by American data corporations. 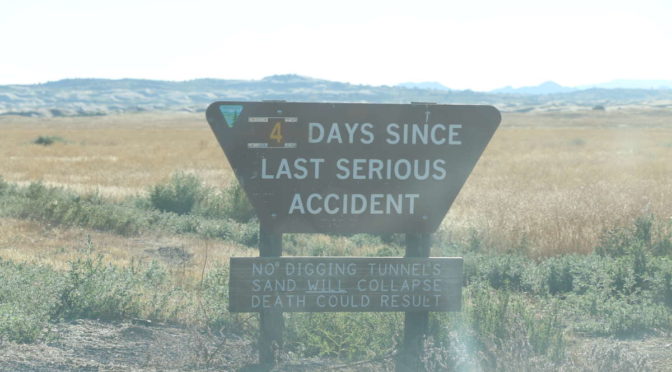 “… this military-industrial complex has advanced into a new domain: If data is the new oil [3], then access to data is crucial for corporate and national prosperity…. There is a huge market of software developers, admins, hackers, and surveillance technology orbiting US military as well it’s affiliated industries “

Things I read…: ” Short introduction to krypto-property by Preston Byrne”

“Wrapping up, the reason that the matter of Bitcoin’s ultimate classification as property hasn’t come up yet is because, in common practice, ownership  disputes are resolved at a higher conceptual level than inquiring about the “nature of a bitcoin itself” – when I deposit coins at an exchange, e.g., it ought to be pretty clear from the exchange’s TOS that if I have a balance on the exchange, I can ask the exchange to spend an amount equal to that balance back to me on request and, if they fail to do so, I can ask a court to force the exchange to render specific performance or pay damages. A dispute of that kind, of which there have been many, doesn’t ask at what point title transferred and what the fundamental nature of that title is, because it doesn’t have to. It looks instead at the contractual obligations between the counterparties and whether those obligations were satisfactorily performed.

One could write chapter and verse comparing these two jurisdictions and their treatment of Bitcoin as an asset. That said, it’s a Friday night and I have places to be, so for now it will have to suffice to say only that the question has no answer and at some point, probably sooner rather than later, there is going to be a case that explores these fundamental issues (I am frankly shocked that Oxford v. Moss hasn’t been raised yet in any of the UK-based Bitcoin fraud prosecutions).

I look forward to reading those decisions.”

“Science fiction has long anticipated the rise of machine intelligence. Today, a new generation of self-learning computers has begun to reshape every aspect of our lives. Incomprehensible amounts of data are being created, interpreted, and fed back to us in a tsunami of apps, personal assistants, smart devices, and targeted advertisements. Virtually every industry on earth is experiencing this transformation, from job automation, to medical diagnostics, even military operations. Do You Trust This Computer?  explores the promises and perils of our new era. Will A.I. usher in an age of unprecedented potential, or prove to be our final invention?“

A New Kind of Memory Could Make RAM and ROM Obsolete … :

“The Chinese researchers say their new type of computer memory is not only the best of both worlds, but an improvement on the pair: It lets you decide how long you want the memory to hold data. “People in the future may receive a disc in which the data is only effective for, say, three days, which elevates the security of the information,” lead researcher Zhang Wei told China Daily. “People can also have tailor-made flash drives with the new storage technology. The data stored inside will be regularly emptied at an appointed time.”“

I am very sure you are great in breaking things? Iridium Browser, a project of +OSBA ev  and many supporters, needs help in testing, QA – and even developers. I have been a user for many years, and I can recommend this Google-Free-Chrome. Iridium Browser | A browser securing your privacy. That’s it. … :

“Iridium Browser is based on the Chromium code base. All modifications enhance the privacy of the user and make sure that the latest and best secure technologies are used. Automatic transmission of partial queries, keywords and metrics to central services is prevented and only occurs with the approval of the user. In addition, all our builds are reproducible and modifications are auditable, setting the project ahead of other secure browser providers.“

“Nicole Eagan, the CEO of cybersecurity company Darktrace, told attendees at an event in London on Thursday how cybercriminals hacked an unnamed casino through its Internet-connected thermometer in an aquarium in the lobby of the casino. According to what Eagan claimed, the hackers exploited a vulnerability in the thermostat to get a foothold in the network. Once there, they managed to access the high-roller database of gamblers and “then pulled it back across the network, out the thermostat, and up to the cloud.”“

You may have been thinking that the good old beep tool is safe, but you’re wrong …
Debian — Security Information — DSA-4163-1 beep:

“It was discovered that a race condition in beep (if configured as setuid via debconf) allows local privilege escalation.“

… For years I have been talking about the dangers of QR codes…. well here’s one of the convenient Apple preload functions, I assume, messing it up: The Hacker News — Online Cyber Security News & Analysis … :

“You need to open the Camera app on your iPhone or iPad and point the device at a QR code. If the code contains any URL, it will give you a notification with the link address, asking you to tap to visit it in Safari browser. However, be careful — you may not be visiting the URL displayed to you, security researcher Roman Mueller discovered. According to Mueller, the URL parser of built-in QR code reader for iOS camera app fails to detect the hostname in the URL, which allows attackers to manipulate the displayed URL in the notification, tricking users to visit malicious websites instead.“

“In this paper, we examine the recent trend towards in-browser mining of cryptocurrencies; in particular, the mining of Monero through Coinhive and similar code- bases. In this model, a user visiting a website will download a JavaScript code that executes client-side in her browser, mines a cryptocurrency, typically without her consent or knowledge, and pays out the seigniorage to the website.“

“Researchers from the RWTH Aachen University, Germany found that around 1,600 files were currently stored in bitcoin’s blockchain. Of the files least eight were of sexual content, including one thought to be an image of child abuse and two that contain 274 links to child abuse content, 142 of which link to dark web services.”